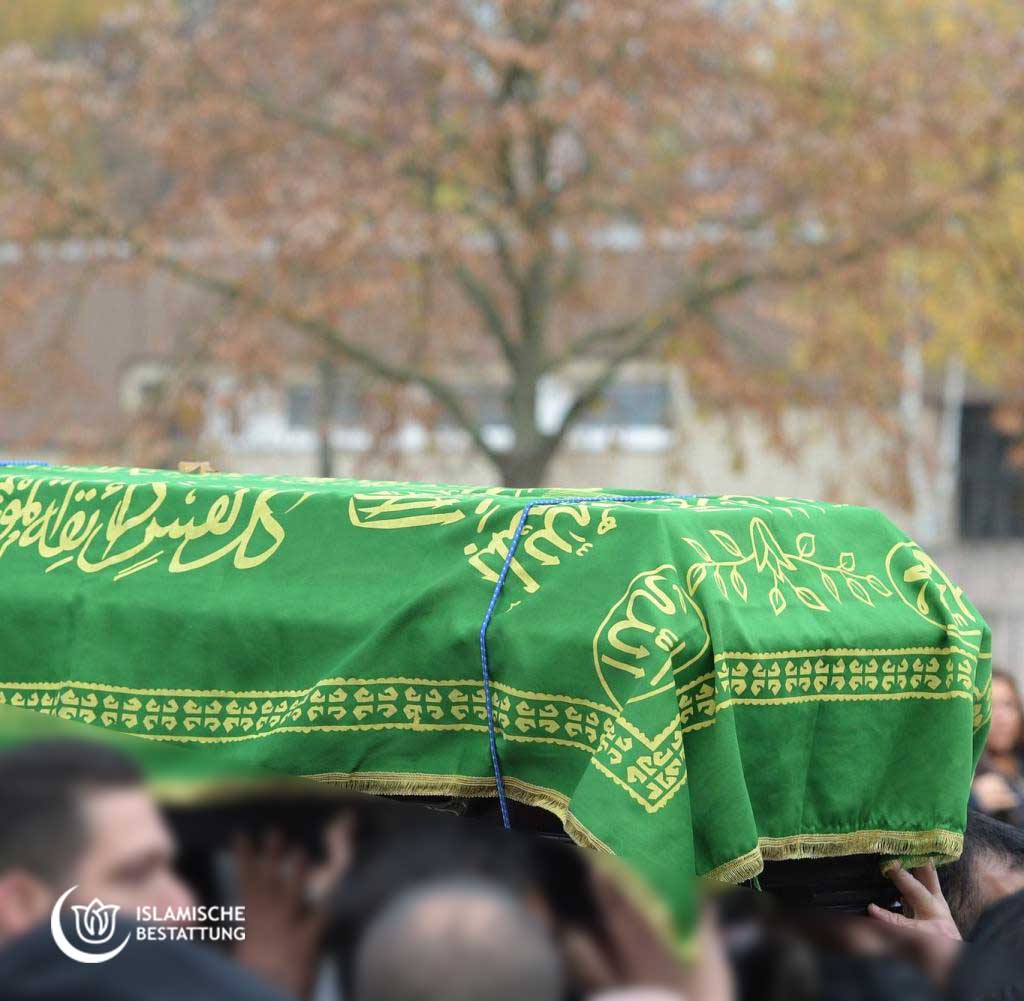 An islamic coffin consists only of wood.

After wrapping the deceased into the Islamic shroud, the corpse is placed in the coffin looking to the right. Actually, a coffin is not necessarily needed at an Islamic funeral, but it is not prohibited. Since it is prescribed in Austria that all Muslim deceased must be placed in a coffin, this is also done. The coffin with the deceased is turned in the direction of Kaaba and performed the funeral prayer. After the prayer that is held in common with all the relatives attending the funeral, the deceased is taken to the grave.